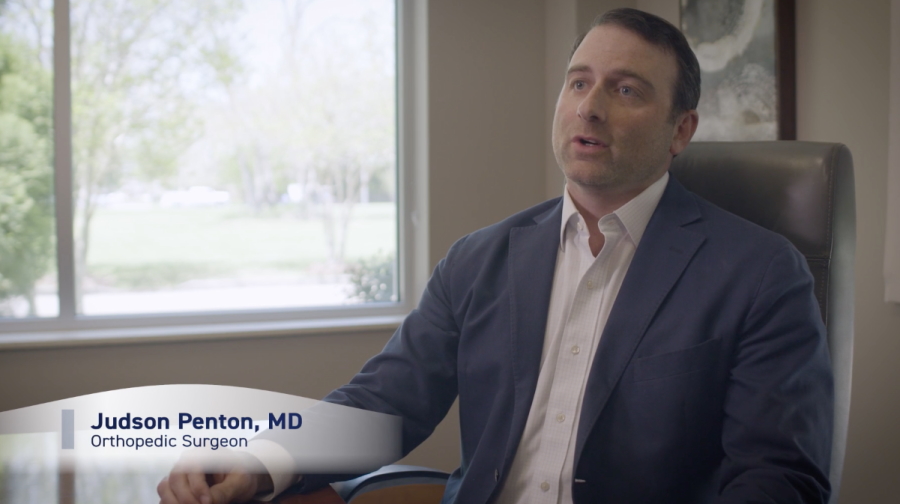 Louisiana Orthopaedic Specialists physician Judson L. Penton, MD recently initiated a groundbreaking study that could have major implications for the future of tendon autografts in ACL surgeries around the world. The study, entitled, “Addition of the Sartorius Tendon Improves Biomechanics of a Four-Strand Hamstring Anterior Cruciate Ligament Autograft,” found that by adding the sartorius tendon to a common “four-strand” graft, it significantly increased the overall graft size as well as the strength of the graft.

“Normally, the sartorius tendon is not included even though it is readily available,” says Penton. “One day the idea just came to me…that instead of wasting this valuable resource, we could include it and we’ve had fantastic results.”

The study, now published in the Arthroscopy Association of North America’s (AANA) “The Journal of Arthroscopic and Related Surgery,” has been very well received by fellow doctors according to Penton.

“Several doctors have contacted me about technique and how to implement,” “says Penton. “Compared to the previous procedure’s failure rate, this new technique is already yielding much better results. We pride ourselves on always thinking of “what’s next” at Louisiana Orthopaedic Specialists and we’re excited to see improved results when it comes to ACL surgeries.”